France is a country of sharp contrasts and proud heritage. Both its diversity of landscapes and a tumultuous history have sculpted the customs, languages, and attitudes of its people. Midway between the Atlantic coast and the shores of the Mediterranean, and at the foot of the Pyrenees, is Toulouse, a beautiful French city, both cutting edge and steeped in history. Set in a dramatic landscape of a region famous for its natural beauty, Toulouse is an intoxicating experience for visitors who fall for the colorful charms of the aptly named ‘Ville Rose’ (Pink City) and its Latin personality.

It is in this Southwestern French region that we invite you to join us for the 20th World Congress of the International Federation of Automatic Control: in Toulouse.

See below the "Life in Toulouse" film, created by Toulouse's Town Hall in 2010.

See also the film, created by So Toulouse tourist office in 2015.

The congress will be held from the 9th to the 14th of July 2017, and we look forward to welcoming you to our country.

IFAC, the International Federation of Automatic Control, was founded in Paris in September 1957. France has played a major role in IFAC since its early days and many French volunteers have promoted the cause of the federation in various capacities. With more than 100 IFAC events organized by the French National Member organization, France has become the leading country in number of IFAC events clearly showing that the French automatic control community treasures its involvement and contribution to IFAC. The French Control and automation community is honored to host the 20th IFAC World Congress in Toulouse and celebrate a prestigious 60th anniversary of IFAC in 2017.

France has for centuries exerted a powerful influence on travelers. Today, as ever, it is a most alluring and delightful country to visit — as over 80 million foreign tourists a year will attest! Getting a taste of France, drinking in its beauty, and sampling its famous “joie de vivre” are unforgettable experiences. France has the perfect blend of ingredients to provide the ideal backdrop for any event: luxury, gastronomy, magnificent scenery, excellent research, world-class infrastructure, rich history and cultural diversity built over centuries of interactions with the entire world. 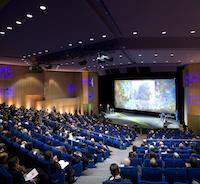 The 2017 IFAC World Congress will be held at the Toulouse Convention Center. Inaugurated in 1997, the state of the art convention center is situated in the heart of the city, just a short walking distance from the main attractions of Toulouse. Organized around a park, the convention center offers a comprehensive range of modern world class facilities on a compact site.

An active, modern city, with about 100,000 higher education students, Toulouse is well known for its hospitality and innate love for celebration and fiesta. From Spain it has adopted a taste for long aperitifs with tapas on terraces, siestas in sunny parks, convivial meals and its many music and arts festivals. Visitors can also happily join in its busy year-round cultural life, with its many theatres, museums, concert halls and casino. Lovers of good food and drink take great pleasure in savoring local products and the city’s culinary specialties: Toulouse sausage, “foie gras”, violet-flavored sweets, Armagnac liqueur and quality wines, the famous “cassoulet”, the “Fénétra” and “croustade” cakes.

Visitors to Toulouse can enjoy a relaxed stroll or bike ride through the narrow, historic streets to explore the treasures of its two milenia of architectural heritage. The Capitole, the cities town hall, arouses wonder in visitors entering its richly painted ceremonial rooms. Nearby, you are astonished by the unusual Palmier des Jacobins and are then taken into the timeless world of the peaceful adjacent cloisters. Visitors also learn about the city’s traditional plants: the violet, Toulouse’s famous winter flower, and the fabulous adventure of Toulouse’s ‘Blue Gold’: (blue) pastel, the dye plant that brought about the expression Pays de Cocagne (Land of Plenty). The banks of the Garonne River and the Canal du Midi are ideal for cruises and panoramic photos.

See below the film about Toulouse, created by the Midi-Pyrénées region.

It is impossible to speak of Toulouse without mentioning the city’s emblematic sport, which pulses with life on the evenings of a big match. It is rugby of course. The glorious Stade Toulousain - the ‘red and blacks’ - have won more titles than any other team in France, and three European titles.

But the region is also favored for its many extreme and gliding sports. Just think of the surfing spots in Biarritz, rafting in the Pyrénées, wind surfing on the Mediterranean. And, worth to mention, in the first weeks of July, at the same period as the world congress, the cycling fans gather to encourage competitors of the Tour de France in the crucial mountain stages in the Pyrénées.

Toulouse is blessed to be surrounded with numerous fascinating tourist attractions within a short drive from the city. To cite just a few, the gigantic medieval fortified city of Carcassonne, the Toulouse-Lautrec museum in Albi

, the 14th century build Valentré Bridge in Cahors, the Pic du Midi astronomical observatory in the Pyrénées, the Sanctuary of Our Lady of Lourdes and the amazing Cordes-sur-ciel village that seems to hover in the skies. Flanked by the two biggest wine-producing areas in France, Bordeaux and Languedoc, the  Midi-Pyrénées region is prime wine country. The geographic diversity, the fertile terrain, the Mediterranean climate and the range of grape stocks produce a wide variety of excellent wines. The best known are Cahors, Fronton, Gaillac, Madiran, Pacherenc, Saint-Mont and the fiery brandy from Gers: Armagnac.

See below the film about the Midi-Pyrénées region.
See more films about the region here.

Control Technology plays a significant role in our society and environment. The world as we know it cannot function without automatic control, from our homes and buildings, to industry and transportation, to cellular phones and networks. IFAC 2017 will offer to engineers, practitioners,

entrepreneurs, researchers and academics, from all over the world, the opportunity to debate the role of Automation and control in spear heading innovations in different economic sectors. 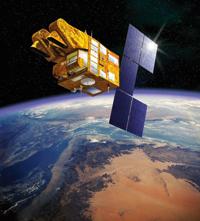 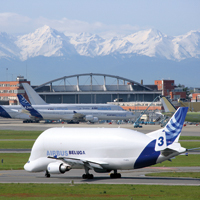 Toulouse’s enviable technological situation will allow delegates to IFAC 2017 not only to attend the high-quality presentations that our community has come to expect from an IFAC World Congress, but also to choose from a number of technical tours, to sites in and around the Toulouse area. These tours will include industrial installations with high levels of automatic control, among which the Airbus A380 and A350 assembly lines and the Cité de l’Espace theme park. The delegates can also enjoy a number of technical tours to the LAAS-CNRS and the ONERA-Toulouse research centers, which are the main organizers of the World Congress.

Several highlights will also be proposed to ensure a prestigious celebration of the IFAC 60th anniversary. These will include Popularization events dedicated to the “stability of motion” and an exhibition of automatic control demonstrators.

IFAC 2017 offers a fantastic venue and superb facilities, a highly committed local and national control community, and a capable and dedicated team that promises a well-organized and highly effective congress, with the help of the French National Scientific Research Center, and So Toulouse Convention Bureau. IFAC 2017 promises to be a true pleasure and unforgettable experience for the delegates and their companions, in a vibrant city with innumerable things to see and do, within a culturally and scenically breathtaking country.

We look forward to welcoming you !