Lunches are not included in registration fees. But a wide range of offers is available close to the Congress Center. 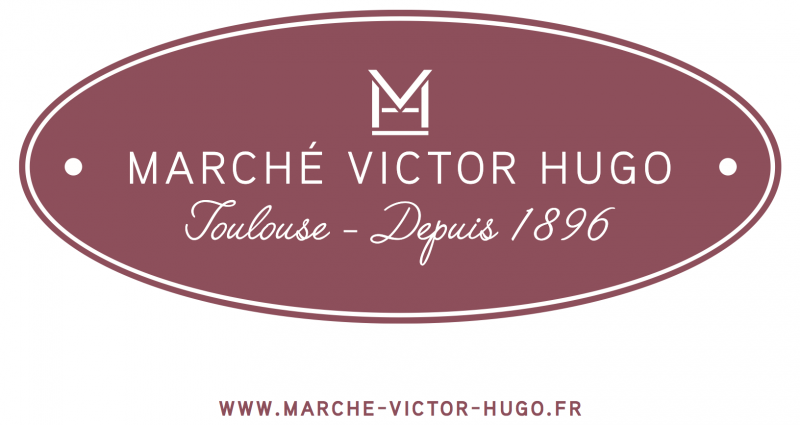 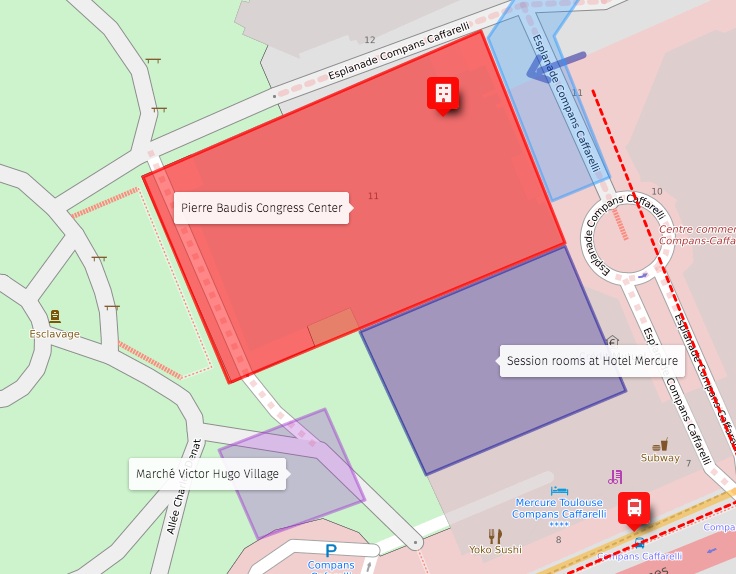 for excellent French cuisine. In Toulouse there are several such markets, open every morning (except on Mondays). The largest one is Marché Victor Hugo in the city center, close to the Capitole Square. It is even considered as one of the largest in France.

For the first time ever, specially for the IFAC World Congress, the Marché Victor Hugo has accepted to leave its usual quarters, and bring their excellent products, cooked and well prepared, to the delegates. This Marché Victor Hugo Village will take place next to the Congress venue, in the Compans Caffarelli Park. Attendees will be able to purchase products prepared with the help of the market bakeries, the poulterers, the fish merchants, the pork butchers, the beef butchers, the wine merchants, the cheese makers and the vegetable and fruit dealers. You will have fresh French bread, cakes and pastries; roasted chicken, duck and foie gras; oysters, shrimps and raw tuna salads; ham, saussisson and chorizo; local beer, wine and fresh fruit juices; the famous grilled Toulouse sausage and other grilled pieces of meat; fruits and vegetable; plates with Comté, Rocamadour, Roquefort and Cantal cheese.

The delegates have the opportunity to purchase these products and enjoy their meal in the Compans Caffarelli Park. Pease be so kind not to leave waist and garbage in the Park. 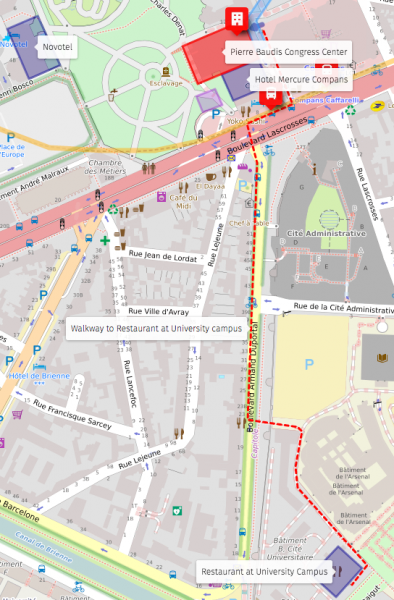 This self-service restaurant of the neighboring Toulouse Capitole University is located at less than ten minutes walking distance from the Congress center. The walkway to the Restaurant is displayed on the Congress venue map. Usually closed during the summer break, it opens for the IFAC World Congress attendees with a special lunch offer. Tickets can be purchased via the registration site. For logistics reasons, and because the number of lunches is limited, the offer is as follows:

Lunches are for Monday 10, Tuesday 11, Wednesday 12, Thursday 13 and Friday 14. No refund will be possible in case of unused tickets.

The neighboring Mercure Compans Hotel, in which part of the congress sessions take place, has a pleasant restaurant. The delegates are suggested to book tables there to enjoy confortable lunches in air-conditioned conditions.

Sandwiches at the Congress Center

All lunch options mentioned above are outside the security check zone. It unfortunately implies going though the security procedure again when coming back to attend the Congress. In order to facilitate rapid snacks at the Congress venue, we have asked the Congress Center staff to provide sandwiches. These will be sold at the “Bar Armagnac” on level 0.5.

Other places where to eat in Toulouse

Someone told some day that there are over 1.000 places where to eat in Toulouse. Impossible to list and comment all of them. The list below is subjective. To know more about these suggestions, have a look at you favorite web advisor.

The Congress Center is situated in an administrative quarter. You may find there fast simple food, classical brasserie restaurants, but also one of the most prestigious French Chef

Not far from Compans Caffarelli is a discrete quarter, highly appreciated by the local population: Les Chalets. It is not a touristic place people live hare as if in a village.

The Capitole Square is the central square in Toulouse. The main building called Capitole hosts the Town hall. On almost all other sides you may find brasserie restaurants. Leaving the square, the narrow streets offer a wide variety of simple and fast food restaurants with food inspired from all places around the world.

This square is famous for its bars. Students would party here until late at night. But you may also enjoy the terraces for lunch or a drink during day time.

Cross the Garonne river from Saint-Pierre and you get to Saint-Cyprien. This quarter is getting trendier every year, and yet it remains popular and simple.

The Daurade Square is probably the most pleasant place to enjoy the River Garonne. People picnic in the garden or go to one of the many bars and restaurants nearby.

On the Esquirol square itself you may not find interesting places where to eat. It is more for shopping. But as soon as you leave the square...

In this quarter the feeling is that all buildings host either a restaurant or a bar. You may almost pick at random, most of the places are good.

Jean-Jaurès Square is where the two metro lines cross. It is a lively quarter with movie theaters and conventional large size restaurants. Close to it is also the Gabriel Peri street with many bars open late at night, as well as the Saint Georges square.

Outside the City Center